We all know the Chicago Incident happened on 01st of May. Locally being made a State Holiday by S W R D Bandaranayaka in 1956 so many reforming incidents occurred. First time in history 1971 May day was suspended due to the JVP April uprising. 1987 Government banned the May Day but with the leadership of Maduluwawe Sobitha Thero organized at Abhyarama Temple was brutally crushed by then J R Jayawardena government. Since then from time to time we see suspension on May day due to Terrorist fear and now pandemic fear. Unfortunately this time at the last minute it was suspended due to hype of Covid outspread. If not surely it would have been a critical one as SLFP and few other parties were supposed to organize a separate May day rally. JVP was confident of their cadre strength and waited for a political comeback. SJB had high hopes as their highest vote base being Colombo would have been a monumental parade to reestablish as an upcoming force. From the government side it should have been a huge challenge to showcase their existing mandate but with the government strength and with a champion organizer Basil Rajapaskha may have completed the task quite comprehensively.

These were the known facts, but let’s try to understand the hidden intellectual background of the May day. We know our working class has been segmented to Middle class , proletariats , the oppressed class and destitute. Whatever way we slice them all are holy consumers. The consumption has been striving the labor concept  to the graveyard.

We observe a Paradigm shift in consumption society. In the modern world capitalism has become the uttermost remedy and not seen as a destructive process. Unfortunately Left or right wing political parties had not understood this swap.

In western world philosophy of desire is branded as a restorative theology. On the other hand understanding the real thought process of May day had become somewhat complicated. We think in an era oppressed thinks that capitalism is the remedy for them and communism is an imprisonment. In addition self-belief and sinthone ( A mental disease symptoms transform to an obsession ). On such reality especially Facebook commenters had become supreme now, eternal political remedy may have to redefine again.

Human values ( Beeing ) would meet while interacting. Social media is to write but being would push down for a faster death. Modern politics would require opening up a social binder. Interacting is the best available social binder.

We celebrate the May day by seeing it’s corpse. We are with a new anthology but require a full social body. In that context our May day becoming a Zombie one.

It is seen that NGO’s to SJB, UNP and left movements backed by Mr Wijedasa Rajapaksa are dominating national protest against the port city project. It is an awestruck effort of Sri Lankan left and liberalists together are fundamentally against the Chinese capitol.

From Shiral to Mr Jayampathi wickramarathnas the logical essence in accord to the historical ideology shows similarity when Roman Soldiers about to crucify the Jesus Christ made the statement of “Farther forgive them for they do not know what they are doing”. This holy statement has to be modified as to Current left in Sri Lanka “They do not know it. But they are doing “. As exactly Karl Marx Mentioned. In this context Mr Anura Kumara Knows the majority of Sri Lankans are destitute but while wearing the shade of the Middle class he manipulated this fact for their political benefit. Dhammika Perera had made a hands on statement quoting 30laks of families needing 5000 aid to celebrate new year out of 57 lacks of total families in sri lanka. He sympathies for the country with the scale of low poverty we are in. 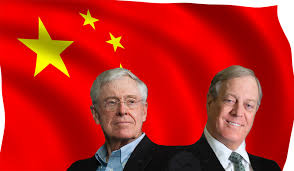 Some of the patriots who seek legitimate remedy should know constitutional law or source of law including human rights inspired through four revolutions. Those are English Civil war, French Revolution, Russian Revolution and Second World War. Sri Lanka’s first human rights was established by the 1978 constitution. Human rights resolutions were added to the constitution as result of the above uprisings. I felt above reformation impart by abstractly to here. Therefore those patriotic believe human rights and modernism is an extension of west colonialism. They omit Buddhism and also outstretch in similar manner.

If a country’s 50% of the population are under poverty and reckon with state welfare, then sovereignty will become a dream. Above segment spontaneously engages in an informal economy which links mostly in legal activities.  Annually 30,000 graduates depart from universities and half would be absorbed by the private sector. Rest would be soaked up by the government graduate scheme. Unfortunately this segment does hardly contribute to the country’s GDP and eventually the general public had to maintain them of their taxes. The youths who were not eligible to enter for higher education absorb into the informal economy. They are in constant struggle with social and legal frames. Ex Three wheelers , private busses , some of the government servants, law ranking policemen. You could witness most of them are involved in illegal earnings due to lack of economic democracy practice.

The domestic social context is even worse. If you do not have reserves then your health cover would be on extreme risk. We observe in many cases people had to die because of unable to pay medical costs for surgeries. In a research found most of the security guards in urban areas are over 70 falling in the category of non-pensioners. They are suffering from malnourishment and alienating from their families. These are some of the facts for us to comprehend the social disparity we are in. Unfortunately one segment who are better off with their personal economy (Technocrats) grumping to scrap the upcoming project. It is pretty clear that the hidden motive is to keep our informal sector on eternal vexation.

If we analysesk the recent road accident of Mr Wijedasa Rajapaksa’s son Rakitha and the opposition party. Rakitha’s Land Rover which currently values around 28 million against the hired wagon R value around 4 million cannot be expected to be fair in the police process. This endorses a case struggle of an Aristocrat and a slave.

Mr Anura Kumara And TNA parliament member Mr Sumanthiran had raised the concern of the port city act being a Private cooperation over a State cooperation. They are raising the fear of state legal exceptions. As the general public we should raise the self-question of fret about our economy or montaging the legal frame while suffocating on economic issues. On the other hand, the last four years had enough time to re-module the entire act as they were craving. The state cannot be divided but can be affixed. All though Mr Sumanthirans political party ideologically believed separation from the state was a remedy for minorities, but now he is against for acclaiming land.

JVP further questions about the congestion of the roads after the port city is in operation. It’s pretty clear they have not school the port city report grimly. All the solutions and infrastructure plan is in the report. Entire project will be connected through overhead road network via harbor premises. This work will be contemporary with the project and consummate with inaugural of the project. We remind JVP all though they underestimate local politics but not the transnational capital.

Mr Ranil Wickramasingha had raised his concern of alienating the country from other countries due to Chinese investments. It is a pity to note such liberalists had forgotten transnational capital does not hoist any nationality. Nationality is an invention by state but capitol carries no such identity. In some occasions capital behavior has become a transnational consortium or Hedger funds. China does trading on a large scale with India , USA and Bangladesh. Besides, their temperaments around borders with China and India trading had hit USD 85 Billion in 2020. In summary our prime duty is to facilitate maximum and China knows how to attract investments. We do not require to resolve China issues, do we ??