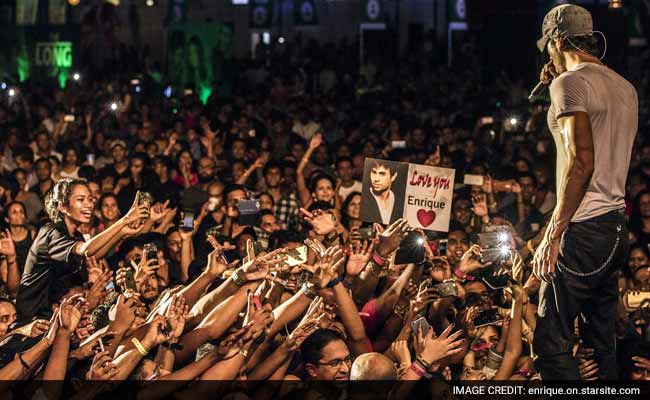 It seems that the totemic sacredness of the Sri Lankan culture has been violated by Enrique’s ‘Sex and Love’ concert in Sri Lanka. Totem is a symbol that serves as an emblem that characterizes or/and represent the spiritual as well as the mythical content that is collectively shared by a particular community, clan or group of people. Behind the recent controversy in which even President of Sri Lanka made a statement to ‘ban’ such concerts in future which may pollute the ‘essence’ of Sri Lankaness, lot of criticism are based not on the nature of such concert but one female fan throwing her bar at Enrique. According to the Sathhanda Sinhala newspaper, these kinds of events are often ‘staged occurrences’ where the event organizers in advance organize such show- bits as part of the flow of the whole event. In that case the ‘staged authenticity’ (I borrow this term from American sociologist Dean MacCannell 1975) has transformed into a more real event than reality. The reality could have been that this particular fan throws her brazier (or any other undergarments) at Enrique out of her own authentic feeling of ecstasy or may be thrilled by his attractive figure and passionate stage personality which transcends freedom of sexuality and so on. The final discourse of this whole event is ‘reduced’ to a threatening enemy, a female fan who ‘conspired’ to  steal the harmonious integrity of our society. The Sinhala-Buddhist spiritual essence (the dead primordial father figure is spectrally rejuvenated and reincarnated  through tattoos such as  Sinhale ) that remained unpolluted for centuries even before powerful Indian and European invaders! has apparently been thundered by a female figure who was absolutely ‘unknown’ before this event.

I think if the event is a ‘staged’ phenomenon, this political outcome is far more dangerous than it occurred spontaneously. In a spontaneous movement, a hysterically excited fan may do so out of overwhelming emotions towards the artist. But since this is deliberately ‘staged’ for public display, it is an organized and pre-planned violation of a fundamental taboo of a society.  In this case, ‘they knew what they were doing’ by using a female figure against her own culture (she, as a trans-national fan of Iglesias, may probably not stick to the existing Sri Lankan cultural values).  The spiritual logic of late-capitalism is to overcome the old-fashioned binaries of modernity (Zizek 2011); man/woman; high/low culture; loyalty/betrayal; good/bad; truth/false;  spirituality and materialism etc. and lead the postmodern subject towards a hyper-trophy situation. The tantra of late-capitalism is to perform transgressive outburst of enjoyment for the gaze of the Other (2011: 8).  The offender here is a woman who is held accountable and is to be crucified in compensation for her violation of the taboo.  In the new capitalist world, woman who embodies the ‘inherent primordial loss’ has broken away from the basic social bond and stages traumatic events for people to enjoy. She presents the social truth by trying to appropriate the ‘loss’; the Symbolic Order – on other words, lack of common social link between the members of a social group that creates object-love where there is universal identification. What is simply meant by this is that there is no ‘ontic-domain’ (to identify comradeship) beyond identiarians such as race, culture, gender etc. to represent authority.  The hysterized mob identifies with Enrique’s fragile sexual image (behind Enrique’s active sexy performance, he has a passive sexual orientation) where there is no heroic image of universal emancipation for them to look for.

The totemic element of almost any society involves matriarchal female element whose existence is elevated to the level of a pure object that is not polluted or violated. According to Freud, the totem is identified with our social being or our present existence; how can we ‘be’ of something and ‘be’ beyond ourselves. In other words, totem not only constructs our being in the present but helps formulating our spiritual existence in future. Totem and taboo invoke and depend on Law. ‘Freudian primordial parricide in which the sons, driven out in the cause of the sexual monopoly of the overbearing father, somehow come together and, in their combined strength, kill and eat him’ (Fitzpatrick 2001: 12). It is from this act Freud derives the origin of society and law. The violation of totem is a traumatic encounter and is a Real. The totemic construction of woman and the notion of pollution are primordial ideas and the criticisms against this act emerge from the country’s pre-modern origins. In the generalized perversion in postmodern Sri Lanka, such spectral violation of primordial law is experienced as ‘commanded’ by its enjoyment. The contradiction between ideological individualism (‘I do whatever I want since I have paid 30,000 rupees’) and market oriented standardized enjoyment (Tutt  2010: 3) in which the notion ‘this is how you should enjoy’ is injected (or commanded) to the subject. What is observable in this event is there is a provocative ‘elimination of paternal authority’ in our society (that is why this fan’s father’s position is questioned) and the President Maithripala Sirisena’s immediate response to this event is also based on the ‘threatened’ legitimacy of the paternal figure who is supposed to preserve the essence of the nation.  He clearly confirmed that his government does not allow anyone to destroy the spirituality of Sri Lankanness while also paradoxically representing the Liberal Capitalist structure that sustains obscene transgressions. Capitalism is only possible through such ‘radical’ violations (revolutions!).

Those who staged this event by transgressing a fundamental taboo of the society, by the time this article is written, have publicly apologized for certain technical issues in the show but have not expressed anything with regard to this controversial scene. This whole show became a public concern not because of ticketing issues or artist’s delay and the like. The organizers (a firm owned by Mahela and Sanga) who belong to a successful business category in Sri Lanka carefully avoids the politico-cultural controversy of the event (the postmodern de-politicization). The liquid global capital from which they immensely profit stands above national politico-cultural boarders. Such silence is understandable under the new pervert philosophy which seeks temporal and alternative heroes such as Enrique Iglesias who is sustained on our inability to reach jouissance. However, rather than holding one particular female responsible for historical patriarchal failure in politics, Sri Lankans should understand this event as a producer of truth that we desire to suppress. In the Zizek-Badiou debate, what Badiou claims is truth is a discourse that is resulted from an Event (Badiou 2006). According Badiou, 1917 Red Revolution or French Revolution or 9/11 are such events where truth is produced as post-evental phenomenon (2005). The contemporary discourse that identifies this particular female figure as a destroyer of our society (in this event) has largely forgotten  to take into account what the next step should be by doing so. Are we going to invite the primordial authoritarian master to come back, purify and save us from modern evils? Though this precise event is not universally collective political action, the outcome and the impact always exceeds the situation itself. It is true that she has broken a totemic rule in her own pervert manner but the violation of Truth-Event forces us for a new beginning. This new beginning should not be based on some nostalgic return to the past  whose fragile ideological framework is comfortably exploited by the totalitarian master.

Let’s conclude this short essay by identifying the symptom that floats between the spaces of the benevolent master and totalitarianism (the one who promises to save us from modern evil). In a pervert global order where there are no true heroes but pre-Oedipal masters who demonically execute banal barbarity across globe, I will quote few lines from Enrique’s song ‘Hero’,
‘I can be your hero, baby
I can kiss away the pain
I will stand by you forever
You can take my breath away‘ (Enrique Iglesias).
You can hear the hysterical murmur demanding subjectivity to the command of the benevolent master who temporarily promises to take all your pain away and cure your historical wounds. Benevolent Master always promises a degree of surplus enjoyment and becomes a slave of the instrumental enjoyment of late-capitalism (Iglesias plays the role of the master and the slave at the same time). The surplus enjoyment of the whole Iglesias event is derived through ‘something more than the musical experience’ itself. More than the musical experience is publicly supplemented by this fetish sex symbols-objects such as female undergarments. This particular female fan merely became the object of this ‘staged’ Iglesias subjectivity of the unconditional command towards transgressive enjoyment that you cannot resist. But by rising above the traditional decent feminine role (let’s say this event is organized behind-the-scene), she has staged a manipulated ‘excessive outburst of passion’ (Zizek 2011:114) which can be termed as an Event that epitomized the negativity with which Sri Lankans’ politico-cultural harmony is maintained (Truth).  From the present indifferent hypocrisy towards our own political failure and crucifying a woman as a homage (Badiou terms this situation as ‘subjectivity’ in the following diagram) we must move towards a new being/appearance; a new form of politics that truly changes the present hysterical-pervert status quo.  In her own gross and enigmatic subjectivity at the threshold of the benevolent master, in a Zizekian sense, she has slapped her neighbor! (2011:119)  Isn’t her intrusive gesture a wake up call for a new beginning? 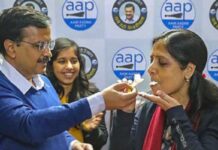