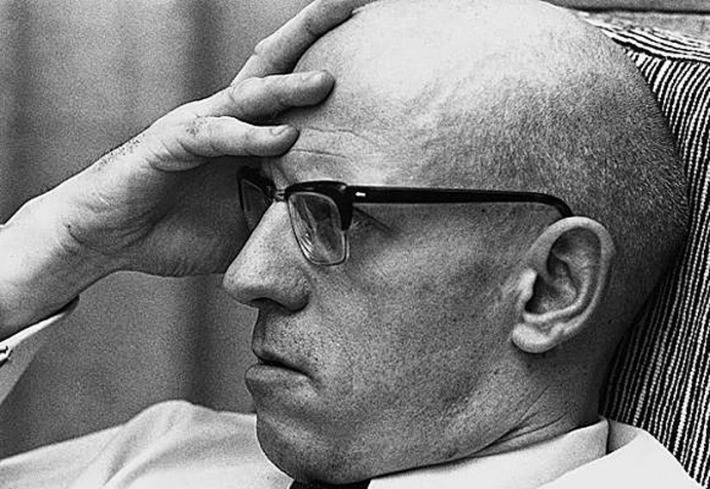 Why does Foucault—an avowed anti-humanist—turn to “rights” in his later works?

The Universal Declaration of Human Rights was adopted by the General Assembly of the United Nations in Paris on December 10, 1948. The result of two years of drafting by a committee of the Commission on Human Rights—whose famous chair was Eleanor Roosevelt—the text of the Declaration itself stands as an enduring testament to the global and supposedly universal appeal of these (newly declared) human rights norms. After all, the Commission had been chosen to be broadly representative of the world’s diverse cultures and civilizations. Roosevelt was joined on the committee by René Cassin of France, Charles Malik of Lebanon, Peng Chung Chang of China and John Humphrey of Canada. Human rights today are admitted by their defenders and detractors to be the ‘lingua franca’ of global politics. They are the preeminent universalist discourse of our time, dissolving regional and religious differences in the universalist and morally appealing argot of human rights—and the Declaration is the Ur-Text of this universalism.

Are human rights really universal? Or are they merely the narrow inheritance of the Western Enlightenment or European modernity?

The Declaration concerns the “inherent dignity and … the equal and inalienable rights of all members of the human family” and it addresses itself to “everyone.” Human rights are not the rights of the citizen; they are not civil rights or civil liberties. They do not depend on one’s gender or one’s race, one’s creed or one’s class: they are the rights of the human as such. (As an aside, if you pick up a textbook on human rights almost at random, and open it to the first page, you will most likely encounter some variant on the following beguiling sentence: Human rights are the rights we have simply because we are human beings). Of course, there has been an almost interminable debate in human rights circles about the extent to which actually-existing human rights documents capture this universalist ambition. Are human rights really universal? Or are they merely the narrow inheritance of the Western Enlightenment or European modernity? Do they reflect ‘Asian Values’? Or Islamic values? Can they be derived from Confucianism or Ubuntu as readily as they can from the works of Locke or of Kant?

But nobody seriously doubts that in order to talk sensibly about human rights you have to have some understanding of human nature and what it means to be a human being. How can you be an advocate of human rights if you don’t believe in humanity or in what defines us as human beings? Surely an anti-humanist human rights activist makes about as much sense as a Christian who doesn’t believe in God or a Marxist who has relinquished the ideal of communism. But here is where things become historically and philosophically interesting: If we date the rise of human rights discourse in the contemporary era to the end of World War II and the drafting of the Universal Declaration, then this period directly coincides with the emergence of a range of different bodies of thought in the social sciences and the humanities that begin to place the idea of a universal human essence in doubt.

As human rights rise in popularity throughout the 1960s and 1970s so too does the work of thinkers (many of them French philosophers or theorists of language—structuralist, post-structuralist, postmodern) dedicated to deconstructing or critically historicizing the idea of “humanity.” How do we account for the exponential popularity of human rights as a political and legal medium in the same period as the increasing prominence of these post-humanist styles of thought that seemingly pull the humanist rug out from under the feet of the human rights movement?

And yet on closer reflection matters become even more curious, because as it turns out some of these very same anti-humanist thinkers themselves turn out to be human rights advocates. In 1948, the year of the Universal Declaration’s drafting, the French philosopher Michel Foucault was finishing a philosophy degree at the Sorbonne. Unrecognizably, he sported a full head of hair. He had yet to develop the iconoclastic anti-humanism of texts like The Order of Things, whose metaphoric concluding passages welcomed the imminent dissipation of “man” and Discipline and Punish, whose historical argument refuted the idea that the modern West had become more humane and civilized in its forms of punishment.

There can be few more recognizably anti-humanist thinkers than Foucault, who relentlessly assailed Enlightenment notions of human essence.

In the post-War intellectual climate of French structuralism and post-structuralism there can be few more recognizably anti-humanist thinkers than Foucault, who relentlessly assailed Enlightenment notions of human essence, agency, reason and intentionality in his writings and speeches. (Perhaps the best-known example of the latter is the televised debate between Foucault and Noam Chomksy on Dutch television in 1971, where a skivvy-clad Foucault clearly unnerved the American philosopher with his unrepentantly Nietzschean theses on human nature and justice; “I’d never met anyone who was so totally amoral,” a horrified Chomsky later observed of their meeting).

And yet this Nietzschean amoralist of the mid-twentieth century himself comes to endorse the twentieth-century’s master moral universalist discourse: human rights. In the late 1970s Foucault advocates openly for a range of rights—the rights of prisoners and of refugees, of gays and lesbians, the right to suicide, and even human rights themselves. Does this mean he gave up on the project of critiquing human subjectivity and, instead, took it for granted as a moral and universal value? Many people have argued precisely this, suggesting that he becomes a late and devoted convert to the liberal cause of human rights and put away the childish critical things of his recent past. But Foucault’s own pronouncements on the matter make this a little hard to credit: “I try to consider human rights in their historical reality,” he wrote on one, revealing, occasion, “while not admitting that there is a human nature.” Foucault and the Politics of
Rights »

As far as Foucault was concerned, it was possible to be a supporter of human rights whilst contesting any notion of a universal human essence. One could have human rights without humanism. So it was in response to this puzzle of what exactly a human rights without humanism might look like that I went back to re-read Foucault’s works of the 1970s. There I found a subtle, challenging and deeply interesting body of work in which Foucault struggles to defend and articulate a political conception of rights and of human rights that is open, contingent and revisable—and that does not rely for its moral or normative legitimacy on the idea of a universal human essence beyond power or politics. His is a tactical and strategic usage of rights that draws on the available resources of the law and liberal institutions in order to creatively and radically contest them.

In so doing, Foucault adopts a concept of human rights that does not start with a pre-given idea of “the human” whose innate dignity (or reason, or interests) demands universal protection but rather sees the meaning and value of “humanity” as something that is very much open and that shifts in response to (among other things) ongoing and unpredictable political struggles over the jurisdiction of human rights. Political struggles over what human rights include and what they exclude themselves define the content of “the human” in whose name these rights are claimed.

From the perspective of many rights theorists this insistence of Foucault’s on the contingency of “the human” of human rights deprives them of a solid normative grounding. But for Foucault it is clear that the political promise of human rights would be utterly exhausted if we ever arrived at a definitive and enduring statement of humanity and its rights. “[W]e can’t say that freedom or human rights has to be limited at certain frontiers,” Foucault warns in a late interview. It is precisely this claim to limit the meaning of humanity and of human rights that concerns him: “What I am afraid of about humanism is that it presents a certain form of our ethics as a universal model for any kind of freedom. I think that there are more secrets, more possible freedoms, and more inventions in our future than we can imagine in humanism as it is dogmatically represented on every side of the political rainbow.” It is in this creative and political spirit, in this aspiration to invention rather than dogmatism, that Foucault claims to speak of human rights without finally knowing what humanism means.