In your book  you analyse a ‘disorientation of the world’. How is this characterised?

On the political level, the figure of disorientation appears as a flagrant disorientation of the dominant political regime called ‘democracy’, which I call ‘capitalo-parliamentarism’. It comes from the fact that in the big capitalist countries a dysfunction of this state-political model is appearing, which is manifested in France by the virtual disappearance of the left – I mean its very great electoral weakness. As a result, democratic representation between the majority and the opposition is out of kilter. And this is all the more true because part of what presents itself as the opposition is made up of the far right, which has even more members than the left. This is symptomatic of a systemic political disorientation. We see this with the emergence of singular personalities like Trump in the United States and Marine Le Pen or Éric Zemmour in France.

At a more strategic level, the disorientation comes from the fact that nothing that is achieved and debated comes to grips with the contemporary situation, as insufficient account is taken of the phenomenon of globalisation. At the global level, it should be possible to describe the dominant structures and identify the paths that allow for an alternative. This has not been done. Many people are dissatisfied with what is being done, with what is being proclaimed, but, on the other hand, they do not have any constituted reference points to orient themselves in a creative and positive way. All these phenomena together constitute political disorientation. Hence the pathological appearance of nationalist and identititarian groups.

In your opinion, ‘active factors’ of this disorientation could even ‘make the worst acceptable’. Why do ‘criminal’ propositions have a hold today, when our humanity has been widely warned about them?

I am not sure that there are such obvious ‘lessons of history’. Lessons of history presuppose that the political orientation has been clarified. Take the Paris Commune: until the end of the nineteenth century, the Commune was a totally neglected episode. It could only be re-evaluated, renamed and reoriented in people’s minds when Lenin seized on it to distinguish himself from social democracy, which had capitulated and entered the First World War. So, the lessons of history can sometimes no longer work because they are no longer interpreted in the contemporary context. Today, we are witnessing the reappearance of a xenophobic and racist far right prepared to eliminate a part of our country’s population. Of course, they don’t say these people should be sent to crematoria, but they do proclaim that they should disappear from our sight! This should not be taken lightly.

Your analysis of disorientation seems to coincide with Zygmunt Bauman’s analysis of ‘liquefaction’. The question would be to orientate ourselves or find some solidity, some reference points. Is that what you call a ‘communist politics’?

Yes. The two things are dialectically linked. If you have difficulty finding your bearings, you need some points of support in order to start a new reorientation. This is indeed what I call a communist policy. If we define Emmanuel Macron as a figure of adjustment of the country to the global necessities of contemporary capitalism, what we can oppose to him can only be the fact of a different orientation on this point. I remain convinced that the communist orientation is the only orientation that has ever been proposed to the whole of humanity in the era when capitalism has taken over the management of societies. We are at the point where this takeover has become globalisation, and we face severe risks not only of economic turmoil but also of wars on a global scale. The current situation is comparable with that of the early twentieth century.

Despite the different context, similarities with the eve of the 1914 war are striking. We have massive capitalist polarities, notably between China and the US. As for Europe, it is still in the process of making itself before being unmade and has not found the means to constitute a real power. Experience has shown that if we want to oppose this, we have to accept that the leaders of countries must not be agents of capital. We can’t even credit ‘democratic’ regimes with accepting the existence of an opposition. This opposition is in fact purely formal. A real opposition must be radical, principled, and based on the fact that what is in question is another vision of the world, of the economy, of politics. We must recover the roots and methods of offensive communism. Otherwise, we are heading for something that will be worse than we imagine. It will be both the rise of the far right and the correlative rise of the risks of war.

In your criticisms both of the current world and of strongly anti-capitalist protests, you are far from soft on ‘leftism that demonstrates without ever proposing anything positive’. We might have expected a more conciliatory attitude from you…

This protest against capitalism is largely fictitious. The word ‘capitalism’ is uttered, but in the internal culture of demands and protests. There is a rather abstract general negation of the existing order, of the government, without the slightest real proposal, the slightest overall vision of what should replace the criticised order. In politics, pure negation is never significant. I say this all the more because I have practised it myself! In order to be in a position of fruitful criticism of the opponent, the protest must carry an alternative. Otherwise, the response will always be that there is no other way and we will find ourselves disarmed. It is very harmful to reduce Marxism to a critical enterprise. This operation, which has been tried many times, always results in a very weakened version. The essence of the communist movement in its Marxist reality is based on effective proposals which are apparently negations but which in reality presuppose power relations and positive proposals. It is not Marxist, nor authentically revolutionary, to be in strict negativity. In truth, it’s ultra-leftism in the bad sense of the word.

You view the failure of past or current experiments as arising, once again, from a ‘policy of negation of capitalism’ as opposed to a ‘communist assertion’. How does this translate?

In a reorientation, evaluation is necessary. Where does communism stand? Opening a broad global debate seems essential to me. The discussion must be conducted at a strategic level, like the one between Lenin and Kautsky. This must be done at the same time as activist elaboration, investigations, a presence wherever there are proletarians. I propose a schema in which we can distinguish three periods. The foundation, with its first working-class experiments, spanned the second half of the nineteenth century. This resulted in the creation of social-democratic parties supporting the worst of capitalist rivalry: colonialism and war. Against this degeneration, Marx and Engels came into conflict with German social democracy. Then, with the war, the radical critique of this corruption of social democracy opened with Lenin’s Bolshevik party and its creation of a revolutionary order led by a centralised party championing theoretical communism. This second stage, that of the communist parties of the twentieth century, contained interesting elements, but it failed because it replaced the decline of the state with the permanent paradox of a state communism. So, we are at the very beginning of a third period…

There is an awareness of the climate challenge in terms of planetary survival. However, as far as the environmental issue is concerned, you see a religious dimension in the current ecological discourse. What do you mean?

As presented by environmentalists, the topic is apolitical and contains a camouflaged religious dimension. I am not saying that ecologists are religious, but I note that eschatological preaching amounts to unifying people in a fundamental fear that prohibits the opening of a new political space, for two reasons. Firstly, because it forgets that politics is made up of major social contradictions. Politics cannot be done by bringing everyone together in the name of our beloved planet. The second reason is that we are seizing on one of the effects of capitalism and not on its very nature. It is blamed for trashing the planet but that is not its problem. Capitalism can, if it so chooses, create a ministry for the protection of the planet, but its true nature, its specific figure of exploitation, causes considerable damage. To approach things by their consequences is to leave untouched the central mechanism. As soon as it is a matter of filling the coffers of big capital, it is untrue that everyone is interested in the fate of the planet.

I remain convinced that the communist orientation is the only orientation that has ever been proposed to the whole of humanity in the era when capitalism has taken over the management of societies.

So, what would a ‘renewed communist policy’ entail? Is there a first point of support to gather around?

In the same way that Marx and Engels drew heavily on an investigation of the working class in England, we could, in order to study the French singularity, start the explanation from an unconditional struggle against privatisation, but not in a defensive way. That would be the backbone of the programme. We have to go back seriously to Marx’s phrase and reactivate the ‘abolition of private property’ in the present conditions. Why are all governments so hell-bent on privatisation? This reveals the class nature of the existing regime. Demonstrations on this theme should be called relentlessly: no privatisation, reversal of the privatisations that have taken place and the rebuilding of a large public sector. This demand can be understood, especially as we are in the throes of the opposite with Macron, the very figure of the proxy of capital.

Would this be the guiding thread of a communist ‘reorientation’?

The pandemic occurred in the middle of a sneak attack on public health. After having affected energy and EDF, rail transport and SNCF, urban transport and health, privatisations will undoubtedly attack schools and universities. Faced with this general offensive of capitalism against the nationalisation programme of the Resistance – a unified alliance of Gaullists and Communists – it is possible to launch a general riposte on precise themes. It’s time to wage a war of resistance, important because it affects all the personnel concerned, from the doctor to the metro driver, from the garbage collector to the teacher. Because there are only two ways: the dominant capitalist way, which has been very successful in the recent period, and the communist way, which has been very weakened. And I really don’t see how one can campaign against the first without resurrecting the second. 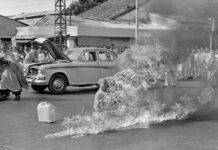 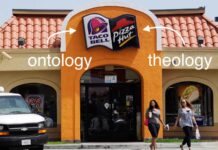