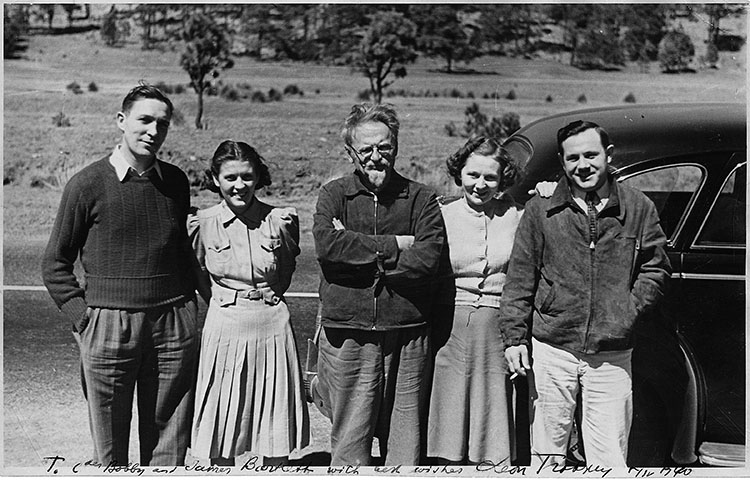 In his “Marxist Critique” of The Frankfurt School, Postmodernism, and The Politics of the Pseudo-Left, David North, a high-ranking member within the Trotskyist Fourth International, chairman of the U.S. Socialist Equality Party (SEP), and editor of the World Socialist Web Site (WSWS), reprints polemical essays (2003-2012) voicing the response of the International Committee of the Fourth International (ICFI) to the heterodox theoretical suggestions made by fellow travelers Alex Steiner and Frank Brenner to incorporate greater concern for psychology, utopia, gender, and sexuality into the ICFI’s program. Whereas Steiner and Brenner sought to open the Fourth International to the Critical Theory of the Frankfurt School and Wilhelm Reich’s sex-pol approach, North repudiates any such suggestion as beyond the pale and plainly communicates his revulsion with the Frankfurt School as an alternative to Marxism-Leninism. To rationalize his dismissal of Critical Theory, he rather baselessly ties its legacy to the rise of postmodernist irrationalism. North essentially claims any left-wing intellectual “deviation” from the ICFI’s Trotskyism irredeemably to espouse “pseudo-left,” “petty bourgeois,” “anti-Marxist,” even “anti-socialist” politics. To sustain such fantasies, North presents a highly dishonest, even unhinged analysis of the Frankfurt School theorists and theories.

Starting in his Foreword (2015), North clarifies the association he sees among the “anti-materialist and anti-Marxist intellectual tendencies” represented by the Frankfurt School, existentialism, and postmodernism, which for him converge to form the “pseudo-left” (v). North facilely groups the Frankfurt School theorists together with the thought of Nietzsche, Sorel, and postmodernists like Foucault, Laclau, and Badiou (vii). Centered on “race, nationality, ethnicity, gender, and sexual preference,” “pseudo-left” approaches have in North’s opinion “come to play a critical role in suppressing opposition to capitalism, by rejecting class […] and by legitimizing imperialist interventions and wars in the name of ‘human rights’” (vii). North cites SYRIZA (Greece) and “the remnants and descendants of the ‘Occupy’ movements influenced by anarchist and post-anarchist tendencies” as typifying “pseudo-leftism” (xxii). He then enumerates the following accusations against the “pseudo-left”:

In his stentorian 2006 letter to Steiner and Brenner, “Marxism, History, and Socialist Consiousness,” North dismisses his counterparts’ attempts to “infiltrate the disoriented anti-Marxist pseudo-utopianism of Wilhelm Reich, Ernst Bloch, and Herbert Marcuse” into the ICFI’s program, and dismisses the sexual-psychological dimensions of Steiner’s concern for the development of socialist consciousness (24, 30). Almost in passing, in an attempt to discredit Marcuse and Theodor Adorno, North opportunistically claims that these thinkers supported Stalin’s Moscow Trials, yet no evidence is produced for such serious charges (44). North employs the same line against Bloch, who, unlike Adorno and Marcuse, admittedly was a Stalinist for some time: the author hypothesizes that Bloch’s utopianism “has something to do” with the “political swinishness” Bloch evinced during Stalin’s purges (44).

In this essay, North identifies communism as the culmination of Enlightenment materialism and rationalism, while dissociating Steiner and Brenner from Marxism altogether. In North’s words, these latter take after the “demoralized petty-bourgeois theorists of the Frankfurt School,” who for the SEP chairman are supposed to have rejected Marxism and the Enlightenment wholesale (64-9). Turning to a discussion of utopianism, the author indicates that “Utopia […] is not part of a Marxist program” (72, original emphasis). North argues that the relevance of utopia had been superseded even in Marx and Engels’ day (76-80). Yet tellingly, North boasts of Marx and Engels’ “brutally critical” approach toward “any tendency expressing a retreat from these theoretical conquests [they had made]” in the early years of international communism (80).

North then associates utopianism with idealism, presenting a deterministic account of the development of these philosophies, such that socialism remained “utopian” before the onset of industrial capitalism (82-4). He accuses Steiner and Brenner of resurrecting Bernstein’s reformism because Bernstein disagreed with Engels’ repudiation of utopianism, and of sympathizing with Kant due to their concern for morality (98-102).

The author then launches a tirade against Wilhelm Reich, whom he denounces for being “pessimistic” in his analysis of the rise of Nazism (Mass Psychology of Fascism [1933]), an account that challenges the inevitability of revolution under sexually repressive monopoly capitalism (113-21). Against Steiner’s recommendations, North clarifies that contemplation of Reich’s sex-pol “can only result in the worst forms of political disorientation” (114-5).

In “The Political and Intellectual Odyssey of Alex Steiner” (2008), the ICFI’s response to Steiner and Brenner’s reply to “Marxism, History, and Socialist Consciousness,” North expounds more invective against the Frankfurt School. Sketching his view of the affinities among Critical Theory, Marxist humanism, and the New Left’s “middle-class radicalism,” North explains his view of how such “pseudo-left” thinking has penetrated the academy: that is, through the efforts of the “ex-radicals” of the 1960s, who putatively propagated an “unrelenting war—not against capitalism, but, rather, against Marxism” (134). He proceeds to slanderously claim Critical Theory as being “grounded in a reactionary philosophical tradition—irrationalist, idealist, and individualistic” (140, emphasis added). Passing to comment on Steiner’s “apologetic defense” of Marcuse’s Eros and Civilization (1955), North observes that his counterpart’s affirmation of Marcuse’s account cannot be separated from the critical theorist’s “rejection of the revolutionary role of the working class” (193-5). The author peremptorily concludes by reiterating the charge of “petty-bourgeois” ways of thinking—all the while counterposing the thought of Marx and Trotsky, who epitomized the petty bourgeoisie; of Engels the grand capitalist; and of Plekhanov and Lenin, Russian nobles.

In “The Theoretical and Historical Origins of the Pseudo-Left” (2012), North endorses the continued centrality of Trotsky’s concern for resolving the “historical crisis of the leadership of the proletariat” and dismisses accusations of state capitalism raised against the USSR (202-3, 206-7). North contrasts Trotsky’s structured vanguardism to the “petty-bourgeois despair” he sees Adorno and Max Horkheimer advancing in Dialectic of Enlightenment (1944/1947) (207-10). North asserts the revisionist repudiation of reason and the proletariat to be fundamental to the thought of Marcuse, Raya Dunayevskaya, and “countless anarchist, post-anarchist, and post-structuralist tendencies,” and he ties together Marcuse’s Freudianism with the “post-Marxist Left” that arose after 1968 (210-9). On North’s account, the affinity that the “petty-bourgeois” and “affluent” left has for heresies such as Critical Theory, post-Marxism, and even postmodernism putatively reflects its “hostility to the struggles of the working class” (219-20, emphasis in original).

Besides the centrality of ad hominem attacks within these “interventions” by North, one is struck that the essays in this volume actually contain only a handful of oblique references to Critical Theory. North offers no serious analysis of the Frankfurt School here. Instead, he resorts to slanderous character assassination and half-baked theories of guilt by association. The text often repeats the point either that Critical Theory is non-identical to Trotskyism and as such merits little attention, or that the Frankfurt School served as a major inspiration for postmodernism due to the challenges it raised against orthodox Marxism, and as such should be considered taboo. Both claims are nonsensical. Part of the issue, clearly, is North’s reduction of Marxism to Trotskyism, particularly that of the ICFI/SEP.

In assessing North’s account, one must firstly examine the author’s most inflammatory charge: that Adorno and Marcuse “went along” with the Moscow Trials (1936-1938). North provides no evidence for this accusation, though it is quoted without citation in WSWS writer Stefan Steinberg’s “Letter and reply on Theodor Adorno” (2009). North’s source for the accusation is a 1938 letter Adorno wrote to Horkheimer, identifying Hitler as a capitalist pawn who would soon attack the USSR, expressing his disappointment with the Moscow show trials and Soviet cultural policies, yet concluding that “the most loyal attitude to Russia at the moment is probably shown by keeping quiet” (Wiggershaus 162). This is not definitive proof of North’s charge. The allegation is belied by Adorno’s May 1938 letter to Walter Benjamin, commenting on a meeting with Hans Eisler: “I listened with not a little patience to his feeble defence of the Moscow trials, and with considerable disgust to the joke he cracked about the murder of [Nikolai] Bukharin” (Claussen 237-8, emphasis added). Adorno’s biographer explains that Benjamin, Adorno, and Horkheimer all disagreed with Bloch’s support for the Moscow Trials (ibid). Thus is North’s charge against Adorno disarmed. And Marcuse? He mentions the trials in the 1968 preface to Negations: “The last time that freedom, solidarity, and humanity were the goals of a revolutionary struggle was on the battlefields of the Spanish civil war […]. The end of a historical period and the horror of the one to come were announced in the simultaneity of the civil war in Spain and the trials in Moscow” (Marcuse 1968, xv).

While this does not evidence Marcuse’s contemporary views of the Moscow Trials, it speaks for itself. I asked Peter Marcuse, Herbert’s son, what he thought of the accusation that his father had supported or “gone along” with the Moscow Trials: “That’s absurd. Though my father had identified tendencies within the Communist Party of the Soviet Union (CPSU) that he felt intended to subvert the Soviet Constitution, he didn’t believe the Moscow Trials were the proper means of dealing with this” (personal conversation, 13 January 2016). North’s accusations against Adorno and Marcuse thus appear baseless.

Another clear issue is North’s conflation of Critical Theory with postmodernism—a gross distortion. While the critical theorists certainly challenged several fundamental points of orthodox Marxism, it is untrue that all of them rejected revolution and opposed class struggle and socialism, as postmodernists do. One cannot reasonably charge the libertarian-socialist revolutionists Marcuse and Benjamin with repudiating the Enlightenment or advancing “irrationalist […] and individualistic” politics.

Regarding the claim that Critical Theory rejects class struggle and the revolutionary role of the proletariat, it bears noting that the various members of the Frankfurt School differed on these questions and shifted their views over time. While Adorno generally disagreed with the historical-materialist view of the proletariat, the same is not true of Benjamin, Marcuse, or the young Horkheimer. Marcuse challenges Marx’s analysis of the proletariat when examining U.S. society in One-Dimensional Man (1964), but by the end of the same decade, he had jettisoned such pessimism. In An Essay on Liberation (1969), Marcuse clarifies his belief that the proletariat retains its revolutionary role, amidst the “historical power of the general strike and the factory occupation, of the red flag and the International” (Marcuse 1969, 51-3, 69).

For Adorno, the relationship with the proletariat is complex. In “Society,” one of his final essays, Adorno writes that “[s]ociety remains class struggle, today just as in the period when that concept originated” (Adorno, 272). This quote definitively illustrates the falsehood of North’s accusations and clearly delineates Critical Theory from postmodernism. Though Adorno is no syndicalist, given his decentering of the proletariat as world-historical subject, his negative-dialectical approach remains revolutionary, expanding the Marxian concern with exploitation and class society into an overarching anarchistic critique of domination. Class struggle thus is not “disappeared” in Adorno’s thought, or in Critical Theory, but rather forms one current within a confluence of generalized anti-systemic revolt.