One hundred years ago, today, Lenin presented “The April Thesis”

This article contains Lenin’s famous April Theses read by him at two meetings of the All-Russia Conference of Soviets of Workers’ and Soldiers’ Deputies, on April 4, 1917.

I did not arrive in Petrograd until the night of April 3, and therefore at the meeting on April 4, I could, of course, deliver the report on the tasks of the revolutionary proletariat only on my own behalf, and with reservations as to insufficient preparation.

I publish these personal theses of mine with only the briefest explanatory notes, which were developed in far greater detail in the report.

1) In our attitude towards the war, which under the new [provisional] government of Lvov and Co. unquestionably remains on Russia’s part a predatory imperialist war owing to the capitalist nature of that government, not the slightest concession to “revolutionary defencism” is permissible.

The class-conscious proletariat can give its consent to a revolutionary war, which would really justify revolutionary defencism, only on condition: (a) that the power pass to the proletariat and the poorest sections of the peasants aligned with the proletariat; (b) that all annexations be renounced in deed and not in word; (c) that a complete break be effected in actual fact with all capitalist interests.

In view of the undoubted honesty of those broad sections of the mass believers in revolutionary defencism who accept the war only as a necessity, and not as a means of conquest, in view of the fact that they are being deceived by the bourgeoisie, it is necessary with particular thoroughness, persistence and patience to explain their error to them, to explain the inseparable connection existing between capital and the imperialist war, and to prove that without overthrowing capital it is impossible to end the war by a truly democratic peace, a peace not imposed by violence.

The most widespread campaign for this view must be organised in the army at the front.

2) The specific feature of the present situation in Russia is that the country is passing from the first stage of the revolution—which, owing to the insufficient class-consciousness and organisation of the proletariat, placed power in the hands of the bourgeoisie—to its second stage, which must place power in the hands of the proletariat and the poorest sections of the peasants.

This transition is characterised, on the one hand, by a maximum of legally recognised rights (Russia is now the freest of all the belligerent countries in the world); on the other, by the absence of violence towards the masses, and, finally, by their unreasoning trust in the government of capitalists, those worst enemies of peace and socialism.

This peculiar situation demands of us an ability to adapt ourselves to the special conditions of Party work among unprecedentedly large masses of proletarians who have just awakened to political life.

3) No support for the Provisional Government; the utter falsity of all its promises should be made clear, particularly of those relating to the renunciation of annexations. Exposure in place of the impermissible, illusion-breeding “demand” that this government, a government of capitalists, should cease to be an imperialist government.

4) Recognition of the fact that in most of the Soviets of Workers’ Deputies our Party is in a minority, so far a small minority, as against a bloc of all the petty-bourgeois opportunist elements, from the Popular Socialists and the Socialist-Revolutionaries down to the Organising Committee (Chkheidze, Tsereteli, etc.), Steklov, etc., etc., who have yielded to the influence of the bourgeoisie and spread that influence among the proletariat.

The masses must be made to see that the Soviets of Workers’ Deputies are the only possible form of revolutionary government, and that therefore our task is, as long as this government yields to the influence of the bourgeoisie, to present a patient, systematic, and persistent explanation of the errors of their tactics, an explanation especially adapted to the practical needs of the masses.

As long as we are in the minority we carry on the work of criticising and exposing errors and at the same time we preach the necessity of transferring the entire state power to the Soviets of Workers’ Deputies, so that the people may overcome their mistakes by experience.

Abolition of the police, the army and the bureaucracy.[1]

The salaries of all officials, all of whom are elective and displaceable at any time, not to exceed the average wage of a competent worker.

6) The weight of emphasis in the agrarian programme to be shifted to the Soviets of Agricultural Labourers’ Deputies.

Confiscation of all landed estates.

Nationalisation of all lands in the country, the land to be disposed of by the local Soviets of Agricultural Labourers’ and Peasants’ Deputies. The organisation of separate Soviets of Deputies of Poor Peasants. The setting up of a model farm on each of the large estates (ranging in size from 100 to 300 dessiatines, according to local and other conditions, and to the decisions of the local bodies) under the control of the Soviets of Agricultural Labourers’ Deputies and for the public account.

7) The immediate union of all banks in the country into a single national bank, and the institution of control over it by the Soviet of Workers’ Deputies.

8) It is not our immediate task to “introduce” socialism, but only to bring social production and the distribution of products at once under the control of the Soviets of Workers’ Deputies.

(a) Immediate convocation of a Party congress;

(b) Alteration of the Party Programme, mainly:

(1) On the question of imperialism and the imperialist war,

(2) On our attitude towards the state and our demand for a “commune state”[2];

(3) Amendment of our out-of-date minimum programme;

In order that the reader may understand why I had especially to emphasise as a rare exception the “case” of honest opponents, I invite him to compare the above theses with the following objection by Mr. Goldenberg: Lenin, he said, “has planted the banner of civil war in the midst of revolutionary democracy” (quoted in No. 5 of Mr. Plekhanov’s Yedinstvo).

I write, announce and elaborately explain: “In view of the undoubted honesty of those broad sections of the mass believers in revolutionary defencism … in view of the fact that they are being deceived by the bourgeoisie, it is necessary with particular thoroughness, persistence and patience to explain their error to them….”

Yet the bourgeois gentlemen who call themselves Social-Democrats, who do not belong either to the broad sections or to the mass believers in defencism, with serene brow present my views thus: “The banner[!] of civil war” (of which there is not a word in the theses and not a word in my speech!) has been planted(!) “in the midst [!!] of revolutionary democracy…”.

What does this mean? In what way does this differ from riot-inciting agitation, from Russkaya Volya?

I write, announce and elaborately explain: “The Soviets of Workers’ Deputies are the only possible form of revolutionary government, and therefore our task is to present a patient, systematic, and persistent explanation of the errors of their tactics, an explanation especially adapted to the practical needs of the masses.”

Yet opponents of a certain brand present my views as a call to “civil war in the midst of revolutionary democracy”!

And the view is attributed to me that I am opposed to the speedy convocation of the Constituent Assembly!

I would call this “raving”, had not decades of political struggle taught me to regard honesty in opponents as a rare exception.

Mr. Plekhanov in his paper called my speech “raving”. Very good, Mr. Plekhanov! But look how awkward, uncouth and slow-witted you are in your polemics. If I delivered a raving speech for two hours, how is it that an audience of hundreds tolerated this “raving”? Further, why does your paper devote a whole column to an account of the “raving”? Inconsistent, highly inconsistent!

It is, of course, much easier to shout, abuse, and howl than to attempt to relate, to explain, to recall what Marx and Engels said in 1871, 1872 and 1875 about the experience of the Paris Commune and about the kind of state the proletariat needs. [See: The Civil War in France and Critique of the Gotha Programme]

Ex-Marxist Mr. Plekhanov evidently does not care to recall Marxism.

I quoted the words of Rosa Luxemburg, who on August 4, 1914, called German Social-Democracy a “stinking corpse”. And the Plekhanovs, Goldenbergs and Co. feel “offended”. On whose behalf? On behalf of the German chauvinists, because they were called chauvinists!

They have got themselves in a mess, these poor Russian social-chauvinists—socialists in word and chauvinists in deed.

[1] i.e. the standing army to be replaced by the arming of the whole people.—Lenin

[2] i.e., a state of which the Paris Commune was the prototype.—Lenin

[3] Instead of “Social-Democracy”, whose official leaders throughout the world have betrayed socialism and deserted to the bourgeoisie (the “defencists” and the vacillating “Kautskyites”), we must call ourselves the Communist Party.—Lenin

[4] The “Centre” in the international Social-Democratic movement is the trend which vacillates between the chauvinists (=“defencists”) and internationalists, i.e., Kautsky and Co. in Germany, Longuet and Co. in France, Chkheidze and Co. in Russia, Turati and Co. in Italy, MacDonald and Co. in Britain, etc.—Lenin 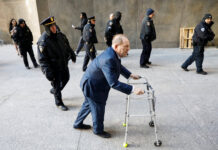 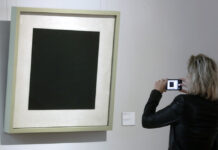 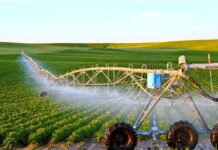