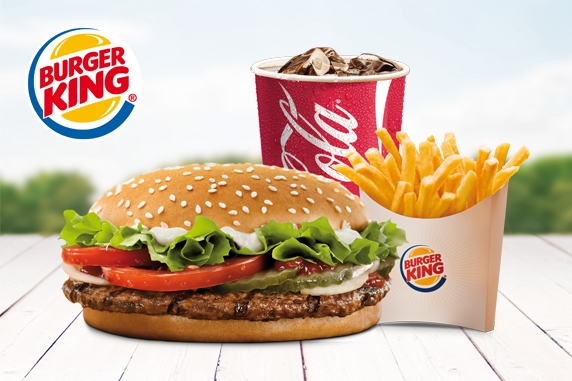 This commentary is triggered by a shot fired by Prof. Kumar David in an article titled India’s Demonetization Is Worthy Of Support: Mody’s Masterstroke – With Blemishes.  With a few keystrokes, the professor sniped himself to fame in this essay with the claim that Keynesian economics was shot dead by the onset of stagflation. His is an all-encompassing statement and no further evidence or a review of the surplus (no pun intended) literature on this matter is provided. Indeed, the convulsion – Keynes is Dead; Long Live Marx! – seems to raucously ring out.

At first glance, it maybe that Kumar David is at the wrong age to make an evaluation. After all, there is a high possibility of an older person submitting himself to a school of thought when being younger. Now, imagine a situation where this person finds out that the school of thought that he or she subscribed to was discredited. One could change his or her views at the risk of being labelled as a turncoat, renegade, opportunist, rōnin or rōshi. The safer bet is a Pascal’s Wager since one stands to receive infinite gains in case God happens to actually exist. A younger person, on the other hand, is obliged to review the literature before claiming a point.

Or is it the scapegoat mechanism? After all, we have a programmed tendency to falsely accuse others of evil. Take the crow for instance. Although it is a harmless creature, many cultures allude to it as a harbinger of misfortune and evil. In Sri Lanka, the crow is seen as a problem bird despite the population’s pervasive belief in “kaputu sastraya”. With many attempts at mass scale poisoning of these birds in Colombo, have we overlooked the possibility that this bird may in fact be innocent? Hell no!

Some leeway must nevertheless be given to Kumar David. After all, the thrust of his article is on demonetization in India. But how does one make sense of him in his opposition to Keynes? To answer this question, it is worth turning to James W. Dean’s The Dissolution of the Keynesian Consensus. To classify the dissent against Keynes, Dean comes up with three categories – Revolutionaries, Evolutionary , and Reactionaries. Names that are dropped into the Revolutionaries’ camp include Nicholas Kaldor, Joan Robinson, Sidney Weintraub, Arthur Okun, Abba Lerner, James Tobin, and Paul Davidson. Robert Clower and Axel Leijonhufvud get kicked into the Evolutionaries’ camp. Milton Friedman fries in the Reactionaries’ camp with his chum Allan H. Meltzer, who, not surprisingly, served as the president of the Mont Pelerin Society, a notable member of which is Prime Minister Ranil Wickremasinghe. James W. Dean’s trichotomy is handy. Just by wiggling three fingers, it allows one to point the finger at the Reactionaries while allowing us to understand the debate so far and how it has progressed.

The coining, currency and premonition

The coining of the term stagflation is attributed to Iain Macleod, a British politician, in his speech to the House of Commons in 1965. However, stagflation, like bell-bottoms and turtlenecks, gained currency only in the 1970s. This was due to a combination of high oil prices, inflation, unemployment and recession. But the omen, the theatrical release poster of the 1970s horror film Omen contains the image of an evil crow, can be traced back to a wrong prognosis published in a paper by Paul Samuelson and Robert Solow in 1960. Titled Analytical Aspects of Anti-Inflation Policy, the publication contains a, now infamous, hand-drawn curve that shows a trade-off between the unemployment rate and the average price rise per annum. It offers a menu of choice between unemployment and price stability and thereby alludes to the possibility of it as an attractive policy tool. Therein lies the trouble. Indeed, the paper by Samuelson and Solow in 1960 comes after, and has an intrinsic link to, an important publication by A.W. Phillips in 1958 titled The Relation Between Unemployment and the Rate of Change of Money Wage Rates in the United Kingdom, 1861–1957. There is much disagreement in academia as to whether a trade-off did exist in A.W. Phillips’ work. Some have argued that Phillips’ work has been misinterpreted. Nevertheless, a critical examination by the economist Simon Chapple from New Zealand concluded that there is a trade-off theme in Phillips’ work.

What’s in The General Theory?

The fundamental question, now, is whether John Maynard Keynes, who died twelve years before Phillip’s publication, believed in a trade-off. In Chapter 21 of The General Theory of Employment, Interest and Money, Keynes argues that there is ‘’a good deal of historical importance’’ in relation to a trade-off but concludes ‘’they do not readily lend themselves to theoretical generalisations.’’ This warning seems to have been unheeded.

The concluding chapter of The General Theory also brings into focus the important idea of socialisation of investment. Keynes conceives that “a somewhat comprehensive socialisation of investment will prove the only means of securing an approximation to full employment.” Despite this assertion, socialisation of investment has been consistently ignored by policymakers in the United States though Fannie Mae and Freddie Mac are exceptions. How can, then, one claim Keynesian economics to be a failure, especially when all what was in the prescription form was not dispensed? And for those still insisting on a Keynesian cock-up, how come inflation did not go up after the 2009 American Recovery and Reinvestment Act (ARRA) stimulus package was operationalized?

Milton Friedman died in 2006. Had he been alive when the ARRA was put in place, this sucker for free markets would have invoked the inflation bogey with Dr. Harsha de Silva MP following suit and crying in Friedman’s footsteps. After all, Friedman famously stated that ‘’inflation is always and everywhere a monetary phenomenon.’’ Harsha de Silva, who is referred to as an eminent economist by the Groundviews website, followed suit and claimed that “[i]nflation is a purely monetary phenomenon.” Solow once wrote that John Kenneth Galbraith’s disdain for ordinary consumer goods “reminds one of the Duchess who, upon acquiring a full appreciation of sex, asked the Duke if it were not perhaps too good for the common people.” Of Milton Friedman, Solow wrote something even more laughable: “Everything reminds Milton of the money supply. Well, everything reminds me of sex, but I keep it out of the paper.”

Let’s take a detailed look at the money supply. As a matter of fact, the monetary base in the United States doubled between mid-September and end-December, 2008. In a little more than 3 months, it went up from USD 890 billion to 1,740 billion. The inflation for this corresponding period (CPI) is as follows:

The infamous equation MV=PQ, where M is the money supply, V is velocity, P is the price level and Q is output was adopted by Milton Friedman and his coterie of monetarist followers to the extent that Milton Friedman had it as his car number plate. This tautology was first theorised by John Stuart Mill, although it can be traced back to Aristotle in its crudest form. According to the equation, an increase in the price level P can come from an increase in the money supply M provided that velocity V and output Q remain stable. After engaging in several regression studies, Milton Friedman and fellow economist David I. Meiselman published The Relative Stability of Monetary Velocity and the Investment Multiplier in the United States, 1897-1958 in 1963. The pair claimed that velocity V was largely stable and alluded to the pre-eminence of the money supply over output Q and concluded that the short-run effect of a change of the money supply was primarily on output but that the longer-run effect was primarily on the price level.

The year 1963 also saw an important publication titled A Monetary History of the United States by Milton Friedman and Anna J. Schwartz and has been lauded by Ben Bernanke, the Chairman of the Federal Reserve from 2006 to 2014. Albert Ando and Franco Modigliani of the Massachusetts Institute of Technology responded to the Friedman-Meiselman findings in 1964 and debunked it. Their epitaph reads that ‘’the Friedman and Meiselman game of testing one-equation one-variable model in search of the highest correlation, fascinating as it might be, cannot be expected to throw any light on such basic issues as how our economic system works, or how it can be more effectively stabilized.’’ Why, then, are we now opening a Pandora’s Box? Indeed, velocity V was never stable and empirical studies have only demonstrated wild swings, accelerations and decelerations.

Minqi Li, a Chinese political economist and an advocate of the Chinese New Left, has drawn an important conclusion on the socialisation of investment in his book Peak Oil, Climate Change, and the Limits to China’s Economic Growth. He is worth quoting at length:

Socialization of investment is required not only for achieving economic stability but also for ecological stability. As economic growth approaches zero and the capitalist profit rate falls toward zero, there will be less incentives for the capitalist to undertake productive investment.

Minqi Li is a born-again economist who has now placed his faith in Marxian economics. He has demonstrated that economists of Marxian persuasions need not eschew Keynes as argued in the excerpt above. On another note, he is also the first to demonstrate how the rise of China will shake the core of the entire capitalist system and lead to its demise.

The General Theory was published in 1936. Thirty Eight years later, a dinner meeting of sorts between Dick Cheney, Donald Rumsfeld and a host of chums led to another infamous hand-drawn curve known as the Laffer Curve. This time, however, it was drawn on a table napkin. The rest is history. The Laffer Curve went on to become the bedrock of Reaganomics, which reduced the top marginal rate of tax from 70% to 31%. David Stockman, a chief architect of Reaganomics and Director of the Office of Management and Budget (OMB), provides a harsh review in his memoir The Triumph of Politics: Why the Reagan Revolution Failed. “The way they talked, they seemed to expect that once the supply-side tax cut was in effect, additional revenue would start to fall, manna-like, from the heavens” argues Stockman and continues that “I had been explaining that there is no literal Laffer curve… I had repeated this little lecture until I was blue in the face. But they never stopped asking about the magical Laffer curve.’’

Curves are beautiful mathematical objects that appear in unexpected places. As for A.W. Phillips, he may have been inspired by the curved arches of the Aqueduct of Segovia. After all, he dabbled in hydraulics and even developed an analogue computer which used hydraulics to demonstrate how the British economy worked. Curves seem to hold a lot of truth to many and the following words of the Brazilian architect Oscar Niemeyer, when asked about his curvaceous forms, takes the cake:

Right angles don’t attract me. Nor straight, hard and inflexible lines created by man….what attracts me are free and sensual curves. The curves we find in mountains, in the waves of the sea, in the body of the woman we love. 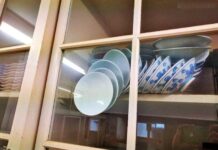 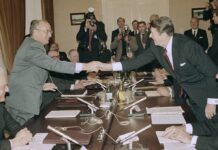 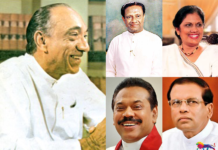 The JRJ Personal and how he ran the show